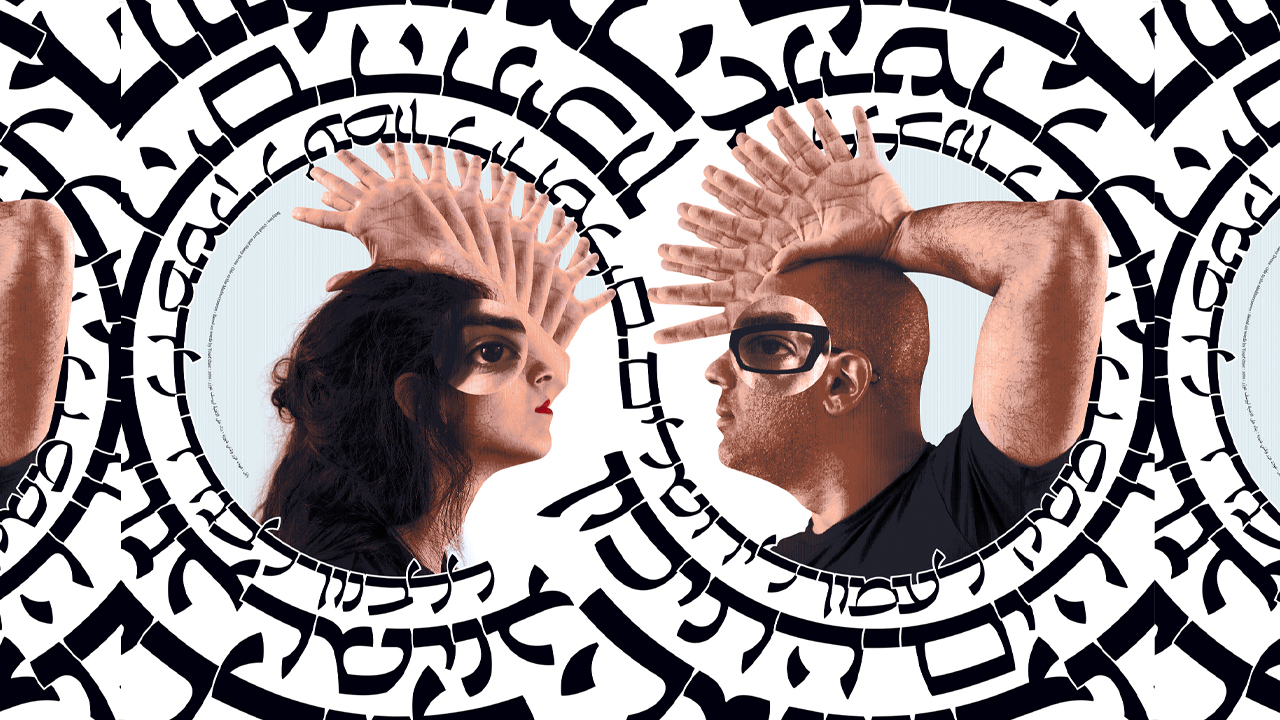 Visual communication in Israel, my native ground, draws constant inspiration from the modernist and postmodernist European imagery and remains undistinguished → A tremendous potential is yet to be defined within Semitic cultures and geographically near space → Can a new Israeli design language be formulated, based on Middle East symbols? This question led me to create a series of projects, ranging from print to digital, from type to images →

In "Babylon" I have re-imagined a Middle Eastern visual language that fuses Jewish, Muslim and ancient Babylonian elements into a groundbreaking contemporary look → By nurturing new visual contexts, leaning on Hebrew contexts and visual awareness of the eastern historical field, I ask to establish an innovative dialogue by breaking cultural, lingual, territorial and political boundaries →

The work is based on historic visual treasures of the Middle East and it’s overlapping cultures → The goal was to restore, update, rephrase and create this graphic and typographic imagery while borrowing from rich Jewish-Muslim artistic territories →

In a poster entitled "Mediterranean Goodbye", I aimed to create a modern arabesque, inspired by the late British-Iraqi architect, artist and designer Zaha Hadid’s work → The use of Ezer Kadim typeface, interlaced with itself, demonstrates an organic expression of flexibility and flow → The Middle Eastern search continues, looking for a visual message which is both traditional and contemporary → The poster doubles as a homage to the Israeli play writer Hanoch Levin, using fragments of dialogues from his play → The lyrics, talking about a woman leaving Israel for London, are connected and resemble flight routes → 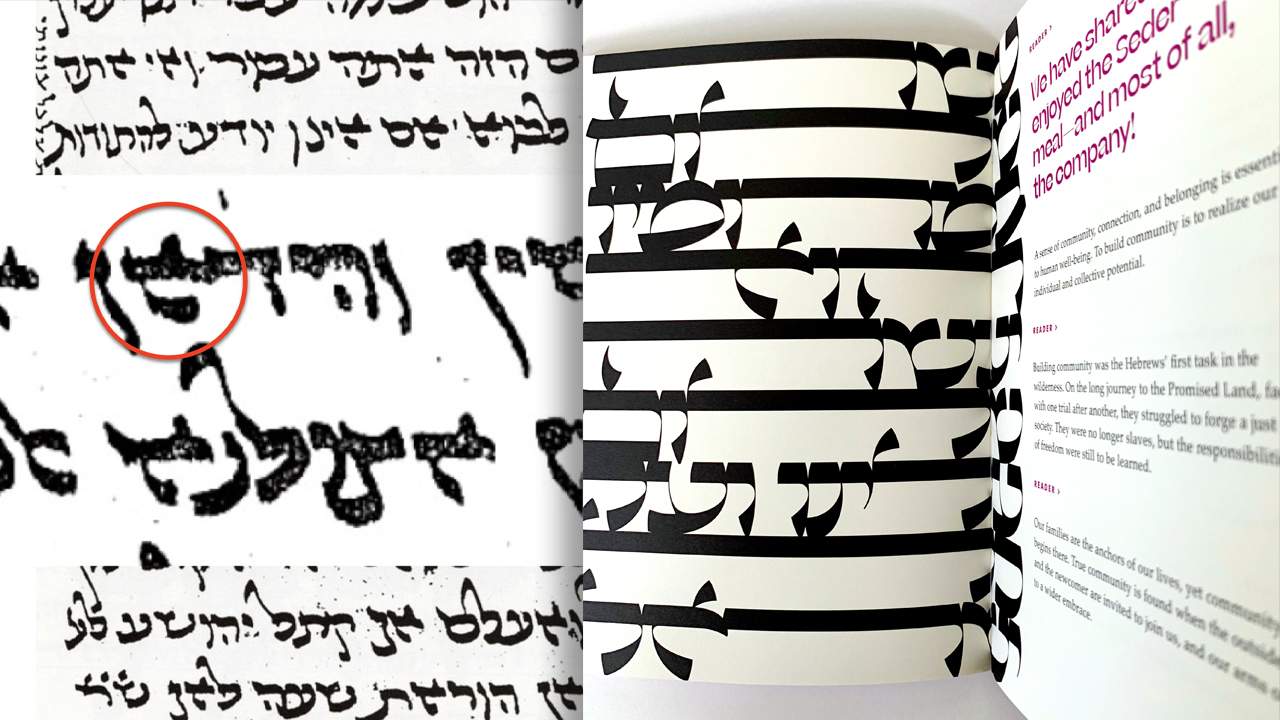 The work is based on historic visual treasures of the Middle East and it’s overlapping cultures.

Another poster, "Ode to the Middle East", where the movable dialogue simulates a mysterious dance between two figures, is inspired by ancient Egyptian recognized images → To support the concept, I chose to use a poem by Joseph Ozer, discussing boundaries established by the west →  The text is set in the Yemenite styled Ezer Kadim typeface, and the forms relate to protective incantation bowls from Syria →  Every aspect of the poster calls for a new alternative, which is appealing and intriguing → The poster, revolving around repetition is an endless, rounded discussion thoughtfully crafted, between the rich sources of inspirations from the Middle East → The poster was displayed in the ‘Overview’ exhibition at the Design Museum Holon, Israel →

"On the way to Babylon" is an animated poster with a printed version reacting to an invented story of space travel in which all the planets are the known earth → An alternative reality in a tapestry layout, where Middle Eastern awareness blurs concepts of center and margins, creating a parallel existence: A Middle Eastern, non-European space of cultural hubs rather than a nation-based centers → In this futuristic narrative, multiple earths are contributing to the existence of dialogue through repetition → I choose to gaze out from my window and fly to Babylon, where history leans towards the multicultural and Spatial rather than hierarchical →

Ezer Kadim typeface is the outcome of an artistic dialogue between me and the great century Yemenite Jewish writer and scholar, Saadia al-Adani → His exquisite handwriting from 1222 was taken as a starting point to the typeface → Design features include emphasizing the horizontal strokes, rounded arches, and extended letter width → The skeletal letterforms, typical of the style were preserved, such as the unique horizontal letter Aleph. 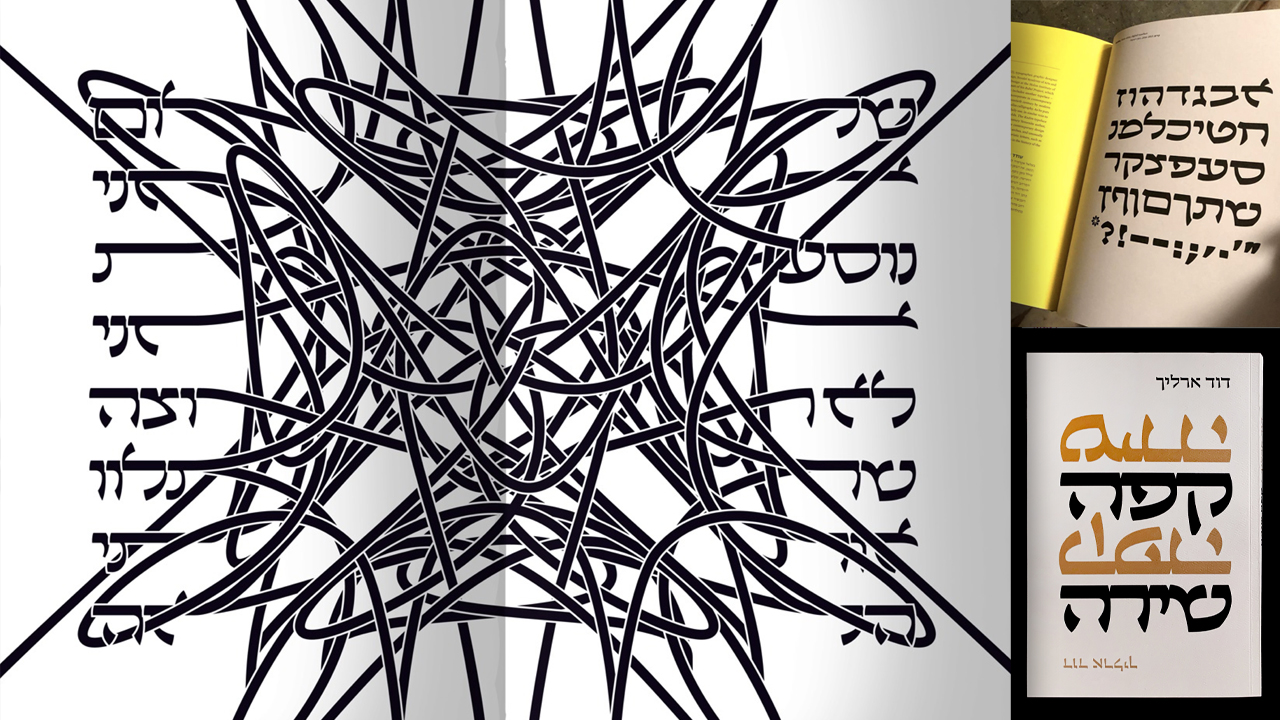 The use of Ezer Kadim typeface, interlaced with itself, demonstrates an organic expression of flexibility and flow.