A design fiction comprised of a 3d text surgically implanted, integrated into the body’s circulatory system and enhanced via a UV injection of a fluorescent liquid to create a ‘living neon sign’ →

In the Veining project I invite you, the viewer, to dream about an alternative future for type - one where text is not confined to a two dimensional existence, viewed merely as an external record of human culture → Instead, I imagine type as an integrated part of ourselves and the living systems that surround us →

These typographic transgressions fuse letters to animate, changeable and embodied systems in ways that give words a whole new communicative power →

This project is a continuation of my never-ending quest to bring type to places it has never been before → I present you with a future in which self expression meets biology; Where words can be surgically implanted under our skin and connected to our veins →

Giving the internal workings of the body a new visibility, I further imagine that a fluorescent liquid can be injected into the text-vein hybrid, taking this speculative re-imagining of body modification to the next level → 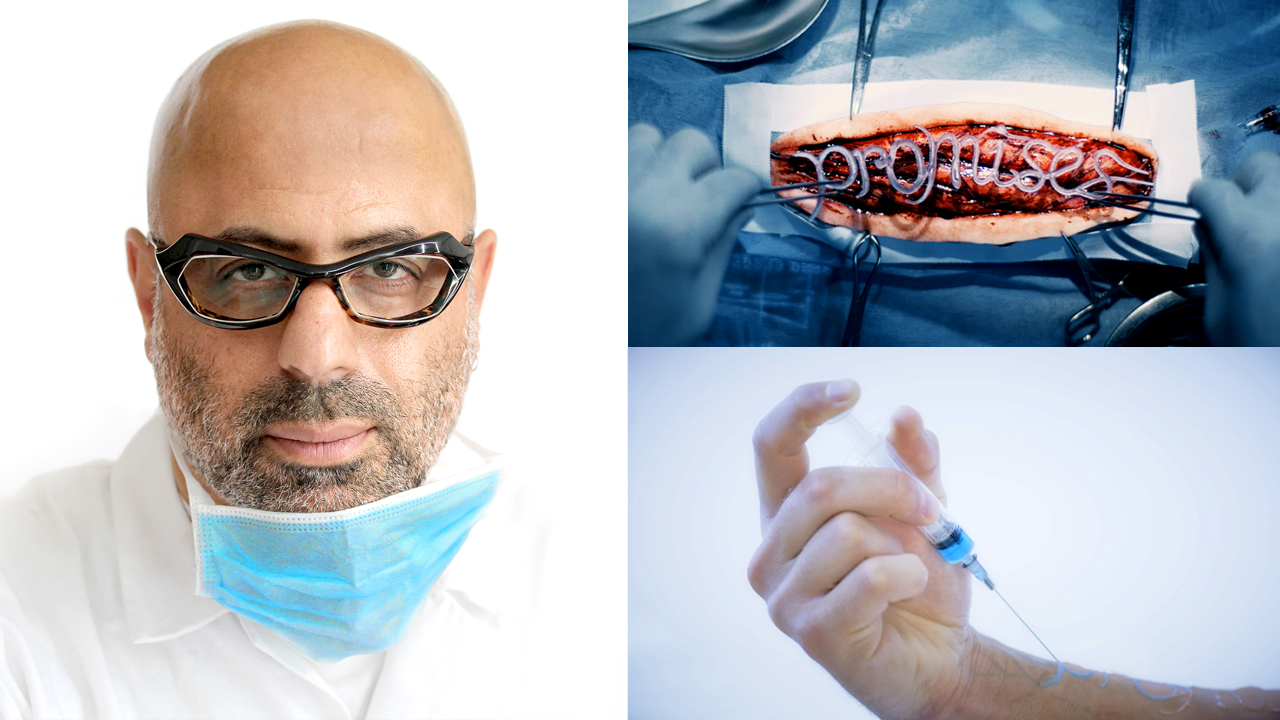 My basic approach is to understand that the role of type is changing → People are reading less and less →  They feel better with videos and visuals more and more → It is similar to the times where humans heard stories, and didn’t read them → I’m naturally thinking, ok, so how would typography evolve now? → That was my starting point: to find new ways of expressing, using and living with type →

What is the next step that will unite visual and typographic representation? → We are living in a time where there has been a dramatic change in the role of type and written words → Conservative people might dislike this change → For some it is a loss; But if you look at it afresh, as a possibility of change and redefinition, then it’s like a playground → I think the next generation will have absolutely no problem with these kinds of body modifications → It is just a matter of perception, and norms are changing rapidly →

If you really think about veining in terms of practicality, you would learn that at the moment it would be very dangerous to do it → Whether it’s possible is not really the question → 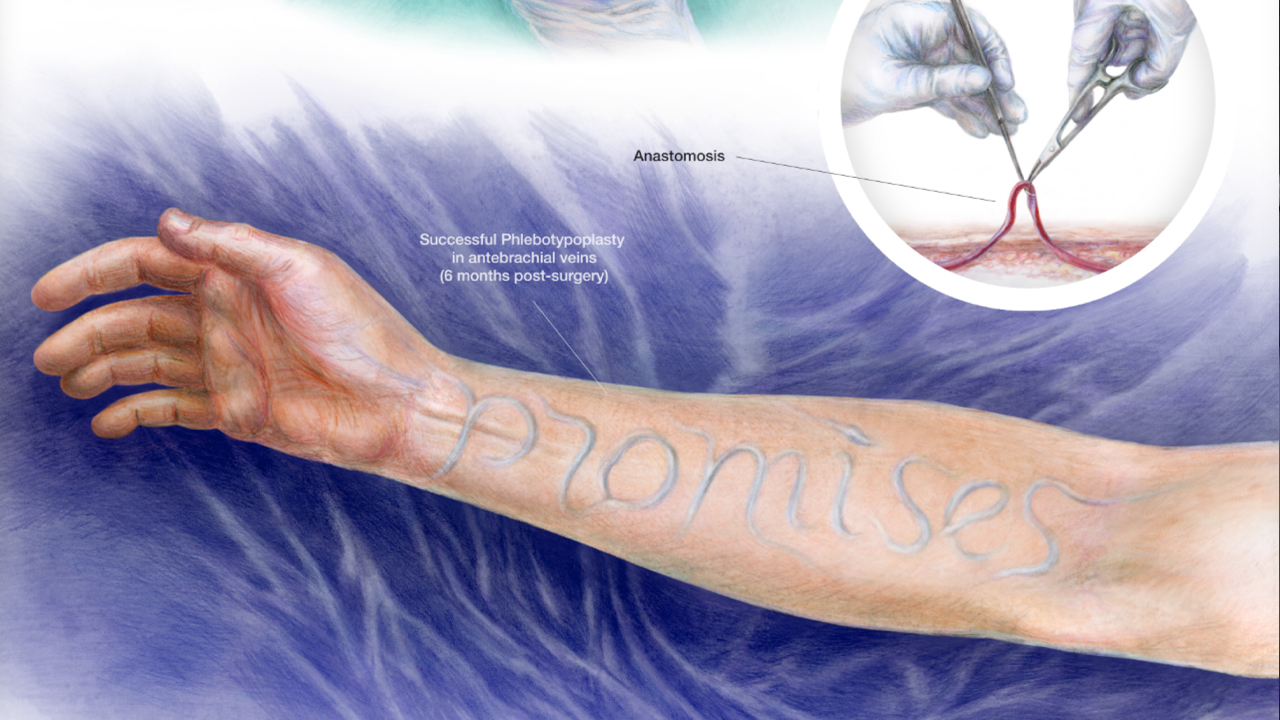 In some cases people really want to know how it is possible → A number of people have asked me, why doesn’t the fluorescent liquid travel outside of the word after being injected into the blood? → I imagine there would be some kind of gate or barrier within the vein, at the start and end of the word → This would allow the blood to travel through but stop the fluorescent liquid from seeping out →

My suggestion in Veining is that we will relate to our bodies as a kind of screen, or interface → We can treat our bodies as a format to deliver messages, a tool → Instead of something that is just receiving data, we might use our bodies in ways that actually project data → We already have similar ideas, like using the skin as an interface → But what I'm suggesting is maybe the start of treating the whole three dimensional body as an interface →

In the next phase we may go even deeper → We have so many possibilities and spaces to use under the skin - our muscles and inner organs → This may be a first step in going deeper into the body and treating it as a tool for communication data. 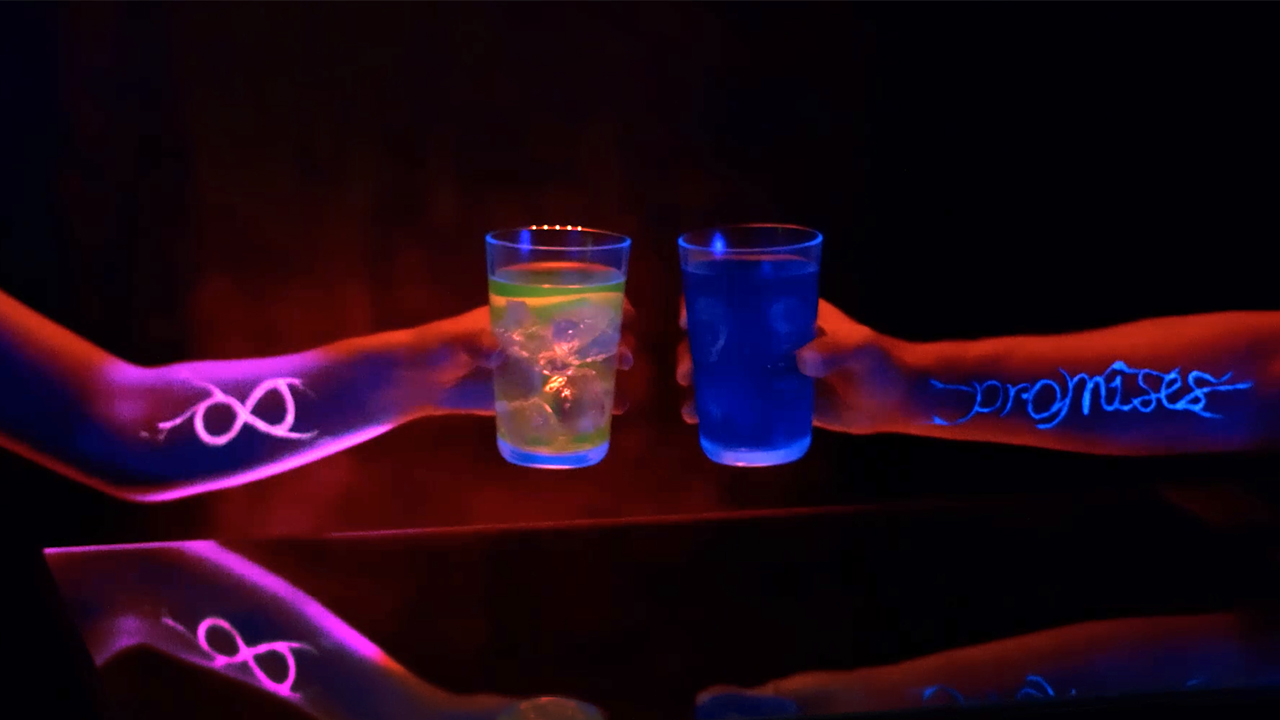